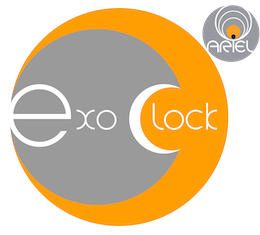 The prospects of phase curve studies in the Ariel era

A short discussion with Quentin 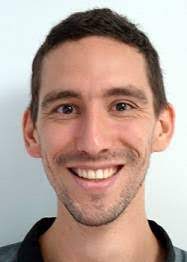 1. What is your background?

My background is Engineering, Mathematics and Astrophysics. Before joining UCL for my PhD, I have studied a number of topics at master’s level. I started in France, studying general engineering in what I would call the traditional route for engineer. For my specialisation, I then decided to move to the UK and learn about environmental science and technologies. Being in fact interested in research and wanting to do more fundamental sciences, I enrolled for further studies in Applied Mathematics before joining UCL for the PhD. I have always enjoyed many different subjects and what I love about exoplanets is the diversity of fields this science combines. In exoplanets, my daily work requires to mix radiative transfer, chemistry, dynamics, numerical methods, statistics and many more fascinating fields.

2. What is your research focused on?

I study the properties of exoplanet atmospheres using observations. I have studied a wide range of planets, for instance, I studied the atmosphere of KELT-9b, the hottest planet we know today, and LHS-1140b, a temperate rocky world. I also investigate the performances of next-generation telescopes, such as ESA-Ariel and NASA-JWST, which will be flying in this decade.

Ariel will allow to extract trends in the population of exoplanets, allowing to understand how they formed and decipher their nature. Through these observations, we will put the solar system in a galactic context and assess how unique Earth is. What truly differentiate Ariel from other telescopes is that it is dedicated to atmospheres. As such, it has been optimised to give the best performances and, importantly, will be used to obtain the properties of about 1000 worlds. Ariel will truly be a revolution in the field of exoplanet atmospheres, and it will obtain spectral phase-curves of many targets.

In the last 15 years, the field of exoplanets has been revolutionised by the launch of dedicated missions such as the Kepler and CoRoT Space Telescopes. Those facilities have allowed to discover thousands of planets, unveiling an incredibly diverse population of extra-terrestrial worlds. Discoveries range from the ultra-hot Jupiter planet KELT-9b, which is hotter than 80% of the stars in our galaxy, to the temperate rocky world LHS-1140b. In parallel, astronomers have obtained additional insight on the nature of exoplanets by observing their atmospheres. Space telescopes such as Hubble and Spitzer, which were not specifically designed for this task have been used to observe the transit, when the planet passes in front of its host star, the eclipse, when the planet passes behind the host star, and the phase-curve, when the emission of the planet is tracked along an entire orbit. 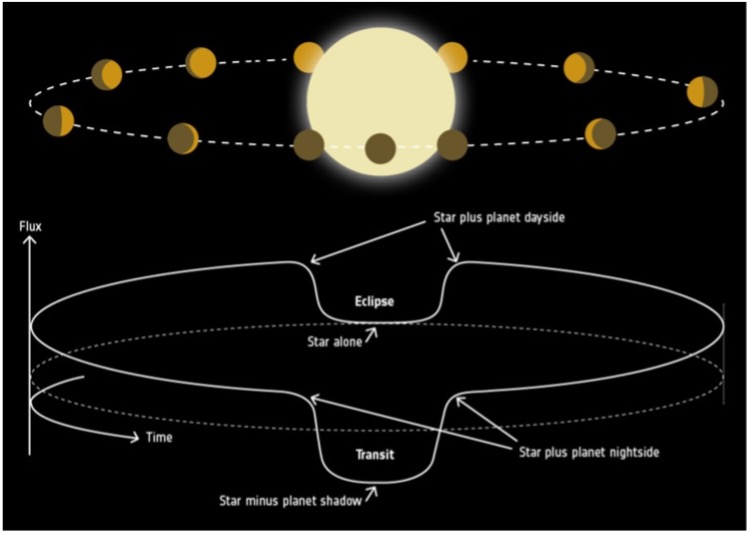 Each observing method (see Figure 1) has its own advantages, providing different constraints in different regions of the atmosphere. In particular, the transit is very sensitive to the chemical abundances and the type of clouds at the planet’s terminator, while the eclipse will provide details on the thermal structure of the planet’s day-side. Phase-curve, by tracking the planet’s scattered or emitted light along an entire orbit, allows us to extract three-dimensional information on the chemistry, thermal structure, and cloud properties. Through the analysis of spectra obtained at different phases in the orbit, it is possible to map the planet’s atmospheric dynamics and identify structures such as hot-spots or cloudy regions. The technique has been successfully employed on a fraction of planets (see Video by Changeat, 2022), but with current telescopes and analysis techniques, it remains difficult to fully exploit this powerful observing method.

Current problems with the technique

First, since planets typically orbit their star in more than a day, phase-curve requires a significant investment in telescope time and implies several conditions regarding scheduling and telescope stability. ESA-Ariel, which is planned to be launched at the end of the decade, will be perfect to observe exoplanets in phase-curves due to its highly sensitive instruments, its stability allowing long-term staring and its dedicated nature. During its primary mission, Ariel will observe about a thousand targets, providing high quality spectra in transit and eclipse. On top of this, Ariel could observe about 30 targets with phase-curves, which would constitute around 10% of the telescope time and be an extremely valuable resource to the study of exo-atmospheres. Other next-generation telescopes, such as NASA/ESA-JWST or BSSL-Twinkle, will also contribute to this effort by observing several targets in phase-curves.

Second, current analysis techniques of exo-atmospheres have not been designed specifically for spectroscopic phase-curves. Indeed, due to their greater availability, teams around the world so far have focused on developing methods to analyse transit and eclipse data.

The challenges with phase-curve data

Phase-curve data presents additional challenges, as compared to eclipse and transit, that are yet to be solved. A few are listed below:

- Since phase-curve is sensitive to three-dimensional constraints, the models used to interpret the data must also include those effects. Today, models employed to fit transit and eclipse data are one-dimensional, so they cannot be directly applied to phase-curve.

- Atmospheric variabilities, such as weather patterns and storms (see Figure 2), could make the planets change during a single phase-curve observation. New models including time-dependent physical processes must therefore be developed.

- The increase in information from phase-curve also means that the interpretation via numerical software is more complex and resource intensive. For instance, with phase-curve data, researchers do not want to extract the mean temperature of the planet, but they want to recover the temperature at different latitude-longitude points on the planet. Obtaining local information such as this increases the problem’s dimension, which is now reaching the limits of currently employed statistical techniques. To solve this issue, new methods must be developed, or larger computing resources must be considered.

Recent works have attempted to tackle those issues, showing promising results using for instance hybrid 1.5-dimensional models to analyse Hubble phase-curve data (Changeat 2022), or demonstrating the feasibility to use sophisticated Artificial Intelligence to extract the atmospheric information from exoplanet data (Yip et al. 2021). In the future, the use of next-generation telescopes combined with the phase-curve technique will allow us to unravel climate on other worlds and get a much more precise understanding of the nature of exoplanets.

Figure 2: Simulations of the temperature map (colors) and winds (arrows) in a hot Jupiter. Three times in days are shown. Simulation from Skinner & Cho 2021.