A short discussion with Tim 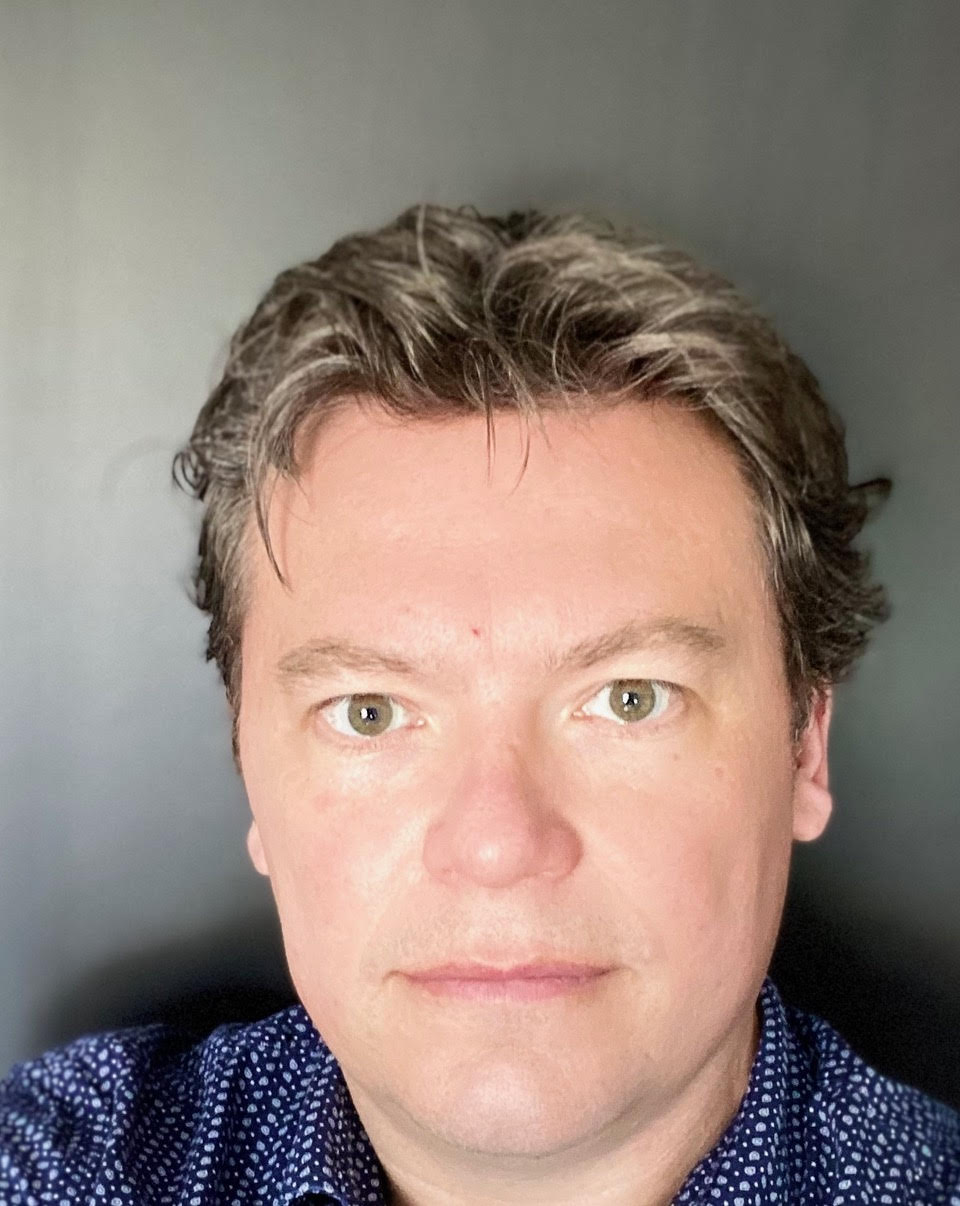 1. What is your background?

My name is Tim van Kempen, and I was trained as an observational astronomer under Prof. Ewine van Dishoeck at Leiden University, focusing on star formation and interstellar chemistry. After my PhD I moved to the Harvard Smithsonian Institute for Astrophysics as a SMA fellow. SMA is the Submillimeter Array that is located at Mauna Kea. I’ve always enjoyed working with new instrumentation, and in particular testing/commissioning them for on-sky results. This culminated in the participation of the commissioning of the ALMA (Atacama Large Millimeter/Submillimeter Array), located in northern Chile. There, I truly committed to a career in instrument science, focusing on the instrumentation side of larger projects and their connection with the scientific community. Since 2015, I’ve worked at SRON Netherlands Institute for Space Research. Currently, I lead a team that monitors the calibration of the TROPOMI-SWIR module. TROPOMI is an Earth Observing instrument mounted on the Sentinel-5Precursor mission, studying the atmospheric content of our own planet. Since 2020, I work on the design and calibration of the two exoplanetary missions of the ESA program: PLATO and, of course, Ariel.

2. What is your research focused on?

The red line of my research is the testing, calibration and commissioning of new instruments. I do have a tendency to use spectrometers over the camera’s continuum. But scientifically, the instruments tend to vary: from Earth Observations done with the TROPOMI-SWIR (Tropospheric Monitoring Instrument and Short-Wave Infrared Module Instrument), star and planet formation with ALMA and the SMA, the behaviour of interstellar water with Herschel-HIFI to exoplanetary atmospheres with Ariel.

Ariel is ground-breaking, such a telescope is developed purely dedicated to the goal of exoplanetary atmospheres. No previous mission of this scale was ever developed with such a singular goal in mind. This makes Ariel truly unique, and capable of studying a much larger sample of exoplanets that other facilities, even than what the James Webb Space Telescope will do. This makes my job both easier and more difficult. With such a singular goal, the calibration of the Ariel instruments must also meet very clear requirements. In a way it is much easier to study only exoplanets as opposed to develop an instrument that needs to be capable of studying stars, nearby solar system objects and faraway galaxies together. However, it also means that some of those requirements are very strict.

Characterizing atmospheres of distant planets is a difficult undertaking. To make all the breakthrough science envisioned for the Ariel mission, it will be of vital importance to check whether all the elements of Ariel, such as the AIRS (Ariel InfraRed Spectrometer) and FGS (Fine Guidance System) instruments or the lenses in the light path, perform and keep performing exactly as planned. The task of calibrating the instruments is achieved by a group of scientists in the Ariel consortium. The consortium has divided the calibration into three broad categories:
1) The activities that are done on the systems and Ariel before launch,
2) Dedicated measurements carried out during the first few months after Ariel’s launch while the telescope and instruments are commissioned and
3) The monitoring that is performed during regular operations.

The first part, the on-ground testing of the instruments is by far the most extensive. Every system will be tested under a wide range of conditions to find parameters needed to understand the data and correct the scientific data. Examples of these are the amount of ‘dark’ current, i.e., the ‘fake’ signal generated by the detectors themselves under a range of temperatures, the exact mapping of the wavelength solution of the dispersive elements onto the detectors, the amount of cross-talk between one pixel to the next, the noise produced by reading out detector pixels or the exact percentage of light loss of optical elements. The total list is extensive and long and most details will be known before launch. Most of these measurements will be done in the period up to 2026, culminating in a series of tests taking place at the Rutherford Apple Laboratory in the United Kingdom, where we hope to confirm that all these calibration factors behave exactly as expected from the models. For Ariel, the bulk of the tests will be done on the individual elements.

Instrument Data for the scientific analysis

The calibration of an astronomical instrument is not solely intended as a performance. Several of the calibration quantities are an essential input for the pipeline in which scientific data is processed to be used for scientific analysis. This piece of software will convert raw voltages generated by incoming starlight seen by the detector into quantities that can be used to derive physical properties of the star and/or the fingerprints of the exoplanetary atmospheres. Many of the instrument effects should be minimized, but most cannot be fully removed. Therefore, astronomers need to understand how their instruments behave in a lot of detail. For instance, any scientific data should have the contributions of this dark current removed. The dark current is limited by cooling detectors to subzero temperatures. But the total amount of cooling is limited and thus the dark current cannot be eliminated. What we can do is to measure the amount of dark current before Ariel is launched and subtract this fake signal from the true scientific signal.

The key element for the calibration of any astronomical instrument, but Ariel in particular, is the ensure the stability of the instrument. Since we cannot remove instrument influences completely, we need to measure them to very high precision. But we also need to ensure they don’t change during the lifetime of the Ariel mission, or, if they do change, we need to understand and measure their change. Any unexpected changes will mess up the scientific signal!

For this reason, the calibration of the Ariel instruments does not end when the measurements on the ground have finished. After Ariel’s launch, the first few months will be dedicated in making sure that the parameters derived from the on-ground testing are still valid after launch. The launch itself is a violent affair, particularly the first few minutes. Strong vibrations will pass through Ariel as it achieves its first orbit before setting course for its location near the second Lagrange point. This time is used to cool down the instruments to their operational subzero temperatures. Any change in the calibration parameters needs to be understood and, where applicable, incorporated into the pipeline. The first few months after launch will be used exactly for this process. The Ariel mission can truly start only if it is confirmed that the parameters haven’t changed because of the launch.

Even during regular operations, the stability of the instrument and the validity of the calibration parameters need to be carefully monitored to ensure that the scientific results maintain the high quality. A long list of parameters such as the sensitivity of the detector, the dark current, the noise behavior of individual pixels or the transmission of the lenses in the optical path will be monitored during the full Ariel mission.

This monitoring will be done with three sets of measurements. First, a set of well-known and well-studied calibration stars will be observed at regular intervals. The signal is compared with other measurements, both earlier in time and of other observatories. Any change is most likely due to an instrumental effect. Second, a region that is devoid of stars will be targeted to observe a dark sky. The regions that are most suited for this are located directly opposite to the ecliptic plane. In our ecliptic plane, dust particles between the planets scatter small amounts of sunlight and as a result they produce a diffuse background signal. By aiming Ariel at the North ecliptic plane (NEP), this signal will be minimized. The north direction instead of the South ecliptic plane has been chosen on purpose. The NEP has been studied historically with more detail and therefore it is a better target. Finally, the Ariel science targets themselves will be used to monitor the performance of the instrument. The stars that Ariel will study will be very stable with a few instances of variability. By studying a signal combined with many targets, we will be able to retrieve additional information about the stability of the instrument.
© 2019-2022 ExoClock Project - Privacy policy